The fund is managed by a fund management company led by the promoters and management of PR Clean Energy, who have leveraged their international bulge bracket banking experience to successfully start, and exit, clean tech businesses over the past 12 years, in the process building 84MW of solar and wind assets across India.

The same team runs the Climate Collective Foundation, that runs the largest early-stage climatetech accelerator system in South Asia. Climate Collective has global partnerships and operations throughout India, Sri Lanka, Maldives, Nepal, Bangladesh - a list that is growing each year.

Pratap is the co-founder of the Climate Collective, and Country Director, India of New Energy Nexus. Previously, he joined PR Group to develop the Renewable Energy business, commissioning 84MW of solar and wind projects, and launched a solar crowdfunding business, My Mosambi. He started his career in Wall Street in the 90s, as a hedge fund trader at HBK Investments, M&A banker at JP Morgan, and economist at IDEA; and later after coming to India in 2000, set up entrepreneurial ventures in IT and advertising/film.

Pratap has BA in Math from Harvard, and an MSc in Economic Development from Oxford. 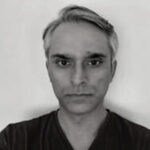 Pramod has been advising Indian Companies since 2000 as an Investment Banker with UBS Warburg and Goldman Sachs. He has worked with India’s leading infrastructure companies, giving him a deep understanding of the Indian Energy Sector. He founded PR Group, an investment advisory for the infrastructure sector which grew into renewable energy as well as cleantech incubation.

Pramod has a B.A. from UPenn and a M.D. from NYU School of Medicine.

Nalin has been in the climate-tech and clean energy industries for the past decade. He is currently the Director of Acceleration at the Climate Collective, which runs the largest early-stage green startup accelerator program in South Asia. He is also Program Director, India of New Energy Nexus. In addition, he runs a new-media company that produces independent films. Previously, he was Associate Partner with the PR Group, which via its Indo-French joint venture established some of the largest solar plants in India between 2010 and 2013.

Nalin has a MSc in Sustainable Energy Futures from the Imperial College London, and a B.Tech (Mechanical) from MNIT Jaipur, India.

To get to know us more, please write to us.

To have a chat:

To join our Mentor Network: